Back to Reserach Page

“A rare presentation of myocarditis in young patient : clinical conundrum. Myocarditis is defined as active inflammatory destruction of the myocardium. A large variety of infectious agents, systemic diseases, drugs, and toxins can cause myocarditis, but...” 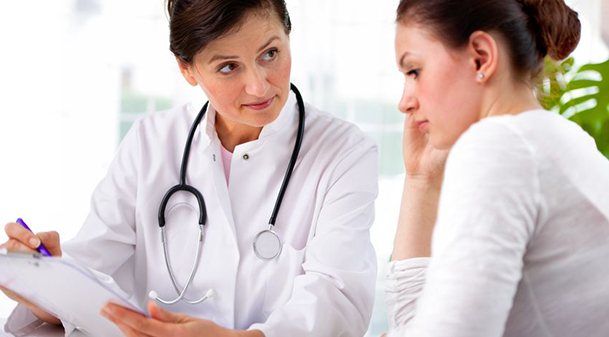 Myocarditis is defined as active inflammatory destruction of the myocardium. A large variety of infectious agents, systemic diseases, drugs, and toxins can cause myocarditis, but still the etiology in many particular cases remains undetermined. (1,2) Despite broad array of etiological causes of myocarditis still viral myocarditis remains the prototype, therefore when we consider myocarditis we usually refer to viral myocarditis as its most common form. (3) Epidemiological studies suggest that during the lifetime around 70% individuals in general population will be in contact with cardiotropic viruses, and half of exposed will have an episode of acute viral myocarditis. (4) Recent studies show that most frequent causal agents are Parvovirus B1, Human Herpes Virus 6, Enterovirus (Coxsackie Virus) respectively. (5, 6) Clinical manifestations range from asymptomatic ECG abnormalities with elevated values of cardiac enzymes to fulminant myocarditis presenting as new-onset cardiomyopathy to life-threatening ventricular arrhythmia. Clinical experience showed that most patients remain asymptomatic. (7)

A 20-year-old female was transferred to Department of Heart Failure from Coronary Unit, presenting with acute chest pain, 3 hours after a cocktail consumption (vodka and energy drink).

Medical history: at the age of 15 she was hospitalized at Neurology Department of Institute for Mother and Child Health Care due to ischemic cerebral insult with right-sided hemiplegia, facial nerve paresis and motor aphasia, a week after flulike symptoms with fever. Previously she actively practice athletics and consumed energy boosters (Coenzyme Q10, L- Glutamyl, anabolic minerals, L-Carnitine extreme, Arginine ornithine lysine). A week before CVI occurred she was treated for heavy alcohol intoxication. Echocardiography examination revealed enlarged left ventricle (5.2/4.0cm) with reduced contractility and ejection fraction of around 40%, with three thrombi in apical region of LV. Laboratory showed increase in troponin I, CK –MB and serum transaminases, high antibody titer for Coxackie B4 and increased titer for B. Burgdorferi. She was diagnosed and treated as myocarditis. Blood coagulation tests revealed homozygous C677T mutation for MTHFR gene, which increases risk of thrombosis. Since sinus node dysfunction with extreme bradycardia was detected, she had an ICD implanted.She was discharged with anticolagulant therapy. Neurological deficit completely regressed after rehabilitation. Six months after discharge she had an unsuccessful RF catheter ablation of paroxysmal VT, after which ICD was implanted. In 2012 oral anticolagulant therapy was discontinued due to normal coagulation status, and left ventricular function.

In the mean time she was asymptomatic. Several months before ER admission she had erogospirometry test performed that showed normal functional capacity without evidence of myocardial ischemia. At admission, physical examination revealed a blood pressure of 110/70 mmHg, heart rate of 80 bpm, discreet systolic murmur at the apex, with no evidence of decompensation.

Homocysteine level measured through a routine blood test was 14.9 umol/L wich is considered moderately elevated. Lipoprotein (a) level of 67.3 mg/dl implicates an increased risk for atherosclerosis, heart attack, or stroke. The other parameters (Antithrombin and Protein C) of hemostasis were in normal range.

During hospitalization she was treated with aspirin, low molecular heparin, beta-blockers, mineralocorticoid receptor antagonists and ACE inhibitors. She was discharged 12 days after initial hospitalization, asymptomatic and in stable condition, with beta blocker, Aspirin, folic acid and vitamin B complex therapy and the advice to avoid intensive physical activity.

Intracardiac thromosis is rare in younger age. In the last few decades, the incidence of intracardiac thrombosis increased, especially in cases with preexisting hypercoagulable state. (8) The most important predisposing factors for left heart throbosis are dilated cardiomyopathy, atrial fibrillation, endocarditis, prosthetic heart valves, intracardiac tumors and rheumatic mitral stenosis. Left ventricular systolic dysfunction and dilatation are contributing the formation of intracardial trhombi by altering the hemostatic state. Besides that, heart failure is associated with abnormalities of endothelial function, which is also prothrombogenic. In addition, MTHFR gene provides instructions for enzyme methylenetetrahydrofolate reductase synthesis. This enzyme is a part of multistep conversion process of amino acid homocysteine to methionine (conversion of a molecule called 5,10-methylenetetrahydrofolate to a molecule 5-methyltetrahydrofolate). Dysfunction of MTHFR gene leads to elevated homocysteine serum levels (hyperhomocysteinemia). Hyperhomocysteinemia increases risk for atherosclerosis and arterial and venous thrombosis. (9-14). Studies have shown that mean values of homocysteine depend on MTHFR genotype. The most common finding in the general population is mutation of MHTR gene with normal homocysteine and lipoprotein levels. While cases of elevated homocysteine and lipoprotein levels are rare. (19)

In reported case, two of the above mentioned risk factors for intracardial thrombosis were present- left ventricle disfunction caused by myocarditis and predisponing hypercoagulation state. In addition, the risk for instravascular thrombosis was also present, making it plausable as a cause of CVI. Conduction and rhythm disturbances are expected as a complication of myocarditis, and in this patient lead to initial antibradycardial and later, on a permmanent ICD-DR implantation.

Vasospasm can be, also, a possible cause of prolonged ischemia, myocardial infarction or cerebrovascular insult. Reversible cerebral vasoconstriction syndrome (RCVS) is characterized by reversible narrowing of the cerebral arteries. It is usually associated with use of vasoactive agents (drugs that modulate dopamine or serotonin system or sympathomimetics), but can be idiopathic, as well. The most common symptoms are acute headache followed with neurologic deficit. (15) Energy drinks are one of most commonly used substances which have sympathomimetic effects Thier main compound –cafeine is an antagonist of adenosine and presynaptic α1 receptor and it causes the increase in catecholamine release and vasoactive effects. (16) Energy drinks usually contain additional herbal ingredients (ginkgo biloba leaf extract, Siberian ginseng root extract,) with significant sympathomimetic properties. Worrall et al published a report of cerebral vasculopathy and stroke after single consumption of an herbal energy drink. (17,18) Wilson et al. presented a case of 17-year-old male who had been diagnosed with transient coronary vasospasms as a result of drinking a disproportionate amount of caffeinated energy drinks.

During second hospitalization for suspected myocarditis, the acute coronary syndrome was also taken into consideration as a cause of chest pain and elevation of cardiac specific enzymes. Coronary angiography wasnt perfomed due to atypical clinical presentation, absent ECG signs of ischemia, normal echocardiographic findings and patient’s age.

Patient was discharged with folic acid and B- vitamin complex therapy of elevated homocysteine and lipoproteine a levels and Aspirin was adviced as permament treatment. Since she has history of energy boosters and alcohol consumption before both hospitalizations of interest, she was adviced to avoid energy drinks consumption in the future.

With respect to mentioned findings there were not enough criteria for myocarditis nor enough sings of acute myocardial ischemia. It remains unclear whether thromboembolic CVI at age of 15 was a direct consequence of myocarditis and embolisation from LV trombi precipitated by reduced LV function and coagulation disorder. It is also uncertain, wheater a nonspecific chest pain at the age of 20 was caused by energy booster-induced vasoconstriction, premature atherosclerotic disease in the coronary arteries, or was it a combination of all these factors. 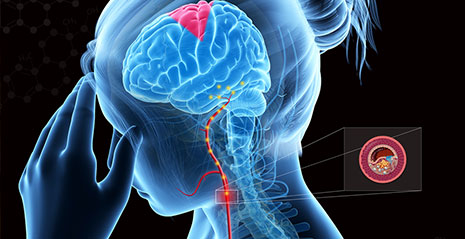 Associations of Endogenous Estradiol and Testosterone Levels With Plaque Composition and Risk of Stroke in Subjects With Carotid Atherosclerosis.

“Sex steroids may play a role in plaque composition and in stroke incidence...”